Security researchers at BlackBerry have revealed how Chinese government-backed hacking groups have been able to systematically gain access to worldwide Linux servers, Windows systems, and Android phones for nearly ten years now, without getting caught.

BlackBerry’s extensive report titled Decade of the RATs: Cross-Platform APT Espionage Attacks Targeting Linux, Windows and Android have exposed how hacking groups coordinating in the interest of Chinese governments have been stealing data of numerous servers and client devices for nearly a decade. 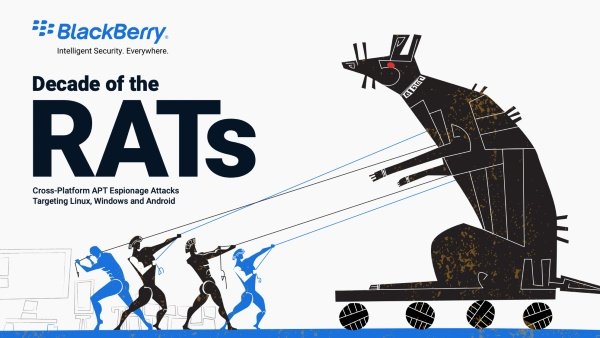 As the title of the report suggests, researchers have offered insights into widespread, extensive economic espionage operations that target intellectual property (IP). According to the Department of Justice, cybercrime cases that involve intellectual property theft have been on the hit list for more than a thousand investigations across all 56 FBI field offices.

Security researchers and experts are more worried about the fact that cross-platform attacks seem to have become common these days, especially since security challenges posed by remote workers continue to be on the rise.

According to researchers, tools identified in the on-going attack campaigns launched by the Chinese government are capable enough of taking advantage of the on-going disruptions caused by the global pandemic, especially since companies have transitioned to work-from-home arrangements.

The on-going coronavirus COVID-19 outbreak has already posed numerous security challenges and as we have also discussed, hackers are consistently trying to use the situation to their advantage.

The Work-From-Home situation, in particular, has forced companies to reduce the number of personnel onsite to maintain security in these challenging times. While employees are not working from offices, the intellectual property still remains in data centers.

Well, nearly 75 percent of web servers, 98 percent of worldwide supercomputers and 75 percent of major cloud service providers run on Linux. In fact, it also powers the top 1 million websites on the Internet. So of course, there’s so much on stake here.

Commenting on this report, Eric Cornelius, Chief Product Architect at BlackBerry, had this to say:

“Linux is not typically user-facing, and most security companies focus their engineering and marketing attention on products designed for the front office instead of the server rack, so coverage for Linux is sparse.”

“These APT groups have zeroed in on that gap in security and leveraged it for their strategic advantage to steal intellectual property from targeted sectors for years without anyone noticing.”